Orbs, another take on a controversial paranormal conundrum! 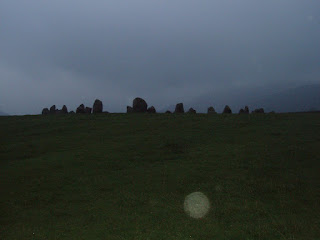 Sam Williams from the Orbfinder website has taken an interest and generally agrees that further research is needed. Her own website is full of interesting Orb photographs. Sam is now actively seeking Orbs, and is experimenting with dust and different sites and cameras to see what "results" she can achieve. The website is open minded and interactive and is seeking debate.

Check them out at www.freewebs.com/orbfinder/ 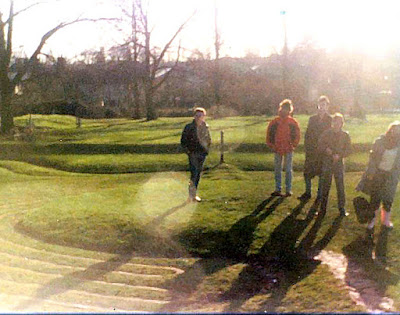 The next image is from a Summer Solstice Druid gathering in West Cornwall in 1996. 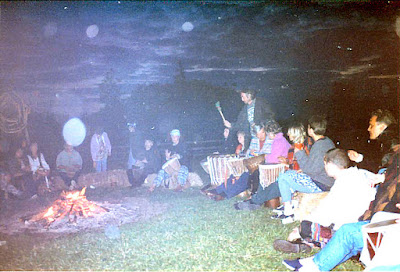 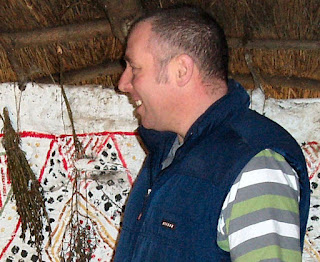 A fresh look at some of the folklore and legends of Eastern England's mysterious Fen Country by Alex Langstone.

The Fens of Eastern England are strange! The folklore is even stranger. Take the skeletal remains of an elephant discovered at the ancient market town of Chatteris, or the lucky charms made from the severed hands of executed criminals; or maybe the local stories of witches who turn themselves into hares and you may perhaps, begin to see what I mean? (Author pic: Barb Lowe)

A landscape shaped, in part by 17th century Dutch engineers, who drained the land and created much of the arable farmland you see today. A landscape, which can appear bleak and uninteresting to some, but which can appear mysterious and intriguing to others. It is a landscape, which shares many qualities with the only other fen land region in England; the Somerset levels. But whereas the levels of central Somerset were drained (by the same Dutch engineers) for livestock rearing; the eastern fens were drained for arable farming. Hence the Somerset Levels green and pleasant land versus the Fens bleak, dark, broodiness. What the two landscapes do share though is the vast straight drainage channels and broad navigable waterways. Folklore abounds in these flat lands, and it is the lesser-known and largely ignored Eastern Fen Country that this article is about. 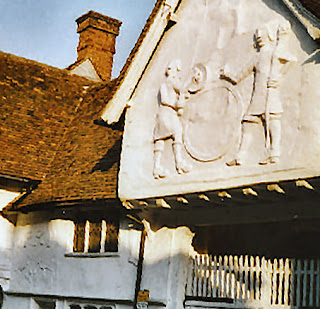 Tom Hickathrift and the giant of Wisbech depicted
on the Old Sun Inn, Saffron Walden.
The legend of Tom Hickathrift
Tom lived in marshes near the Isle of Ely and although initially lazy and gluttonous, he was prodigiously tall and it soon became apparent that he had the strength of twenty men. Various proofs of his strength are given: he carried twenty hundredweight of straw and a tree as if they weighed nothing, kicked a football so far that nobody could find it and turned the t 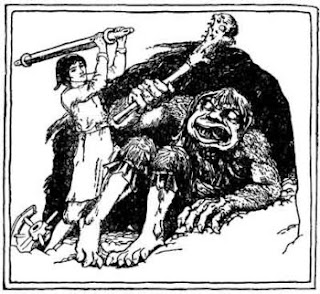 ables on four men who tried to rob him. He eventually got a job carting beer in Wisbech, but the long journey tired him, so one day he cut across the land of the Wisbech Giant. The giant took this badly and fetched his club to beat Tom, but Tom ripped up a tree and stole a cartwheel from a passing cart and fought the giant. After a furious battle the giant was killed. Tom took his land and was from then on held in esteem by the people of the area. Tom's shadowy figure still haunts the flat-lands between Ely and Wisbech, especially on dark stormy nights, when he maybe glimpsed angrilly hurling his cartwheel at an unseen foe.

The Devil in March
It is said that many years ago the people of March wanted to build a church near the market place. The devil thought that the fens belonged to him and, when the building work started he pulled everything down so that each dawn saw the labours of the previous day were wasted. A cross was put up to drive the devil away, which had the desired effect, but the church was never built. The base of an old stone cross stands by the road between the market and St Wendreda's church and the story may been told to explain the existence of this cross. This legend abounds across much of rural England and Wales in many variants, and may suggest a pre-Christian origin of the site chosen for the church. 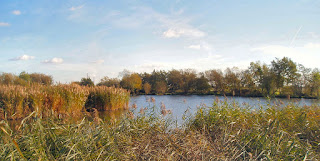 A fenland landscape
Jack O' Lanterns
The self igniting gas present in the swamps of the fens often appeared on the surface of the water as small flickering flames called Jack 0' Lanterns. These were greatly feared, as it was believed that they were the faerie folk of the fens, and could entice a wayfarer off the path after dark and to certain death in the marsh. Whistling was thought to encourage the Jack O' Lanterns to appear. The safest thing to do on seeing them was to make for the nearest shelter or if none were available to lie face down until the lights disappeared.

The Isle of Ely

The cathedral city of Ely is a beautiful gem in the heart of the fens. The ancient Isle rises only a few feet above the now drained marshes, but was once lonely and isolated. The Cathedral sits on the original site of the double Celtic style monastery, founded by Etheldreda, a Saxon princess following the Celtic Christian tradition in the 7th century. The cathedral has many beautiful green men carvings (below right), which may allude to the Isle of Ely as a sacred pre-Christian site, and there is a large mound which rises steeply in the park adjacent the cathedral. Marked as a Motte and Bailey, the mound has a curious and mysterious atmosphere, and affords great views from the Sacred Isle of Ely across the vast flat plains of the east!

At the west end of the Cathedral you will find the shrine to St Etheldreda. Her remains were lost during the reformation, but her left hand did re-surface in 1810 on the Duke of Norfolk's Arundel estate in Sussex. it was found in a reliquary hidden behind a wall in a priests hole inside Arundel castle. It was returned to Ely and is now housed in a shrine in St Etheldreda's catholic church in the town. Her hand is said to haunt the town's historic Kings School, 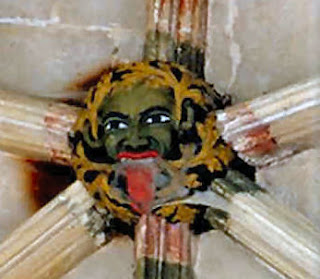 and frequently appears on the stairs in the school. Other ghostly encounters have been witnessed around the Cathedral, many ghostly monks have been sited over the years, especially around the old Monastic buildings near the Porta gate. These buildings have amazingly survived intact, and the whole complex of medieval monastic buildings, gardens, parkland and cathedral are very atmospheric and lend themselves to thoughts of the past history of the ancient fenland isle. The area around the cathedral has one of the largest number of former monastic buildings still in use, many of them now used by the King's School. The Great Hall, the brewery and the malting house can still be seen giving the visitor a feel of what the area looked like centuries ago.

The historic and picturesque waterside area of Ely is haunted, and many sitings have been reported over the years of a lady dressed in black who appears by the River Great Ouse without warning, then promptly vanishes again further down the river. The ghostly cries of help are

often head late at night seeming to come from the river itself, but no-one is ever found. Another green man (left) can be found watching the modern-day shoppers hurrying past. He is carved into a cross beam of the city centre's Steeple Gate, and is now blackened with age.

Just outside the town on the fen edge the local Black Shuck haunts the watery levels. The Black Shuck seems to be unique to East Anglian folklore and is variously seen as an evil demon dog from hell to a more benign guardian of the landscape. The Ely Shuck is more of a friendly guardian, though his appearance is that of a terrifying demon! With a black shaggy coat and blazing red eyes, he appears on dark winter nights during the dark of the moon, and has guided people home from the marshes to the city for hundreds of years!