Pilgrimage at the Sacred Centre of the British Isles

On the eve of the worldwide release of Spirit Chaser on Kindle, here is an article I wrote for the Network of Ley Hunters Lughnasadh 2013 Newsletter. The article serves as a poetic overview of Spirit Chaser's subject matter and an introduction to the mysteries of St Bega.

Pilgrimage at the Sacred Centre
of the British Isles


In this short article I shall try and explain the symbolism and myth behind the legend of St Bega, and I will show the real reason why this half forgotten, obscure Celtic Saint has her cult situated at the sacred centre of the British Isles. In my recent book, Spirit Chaser, I have presented a collection of inspired poetic ideas which stem from the Irish legend that is St Bega.

Born in Ireland in the seventh century, Bega deliberately placed herself right in the heart of the old Celtic Church, becoming one of the last of the great mystics and seers who braved the journey across the Irish sea to help spread the remnants of the ancient mystery of the Druids; thinly disguised as the archipelago’s unique take on the teachings of Christ, later known collectively as the Celtic Church.

Having deliberately built her monastery at the geographical centre of the Isles, Bega was able to tap into the perennial wisdom of the land and more importantly, she was able to commune directly with supernatural beings and use intuition and inspiration to guide her unique path. Bega’s most important legend gives us a huge clue to all of this. Before she left Ireland, she was given a sacred artefact during a visionary experience. This relic, a metal ring, inscribed with a cross was to become central to the medieval cult of St Bega, and oaths were sworn upon the relic. This was housed close to the High Altar in St Bees Priory, up until the twelfth century. This ring is deeply symbolic of the geographical centre of the British Isles.

Figure 1 - Celtic cross, a glyph of the sacred centre of the Isles. (Paul Atlas-Saunders)

Firstly we have the description of a cross and a circle. This immediately brings to mind the image of a Celtic cross, which makes a superb representation of the centre of the Isles, with the four cardinal points leading us to the central hub of the land and sea.

Today, this omphalos called St Bees is named after our seventh century Bega. In my book Spirit Chaser I recount an amazing modern day miracle associated with St Bega, the result of which was the manifestation of not one ring, but three. If St Bega’s story of how she came to be the keeper of the sacred ring at the hub of the Isles is hard to believe, this modern equivalent is incredulous! But it happened. Was I witness to a modern ‘miracle’? Yes, I believe I was. This trinity ring, which appeared out of nowhere under the cover of darkness at the eastern end of the church yard at Bassenthwaite Lake, her other great church site in Cumbria, gives us a clue to the true nature of what is really going on in the modern county of Cumbria, the ancient land of Rheged, at the very centre of the British Isles.

The Trinity Ring represents the spiralling earth energies that spread out from the centre point, like the ancient Celtic Triscele found at Newgrange, we now have a modern physical representation or sacred glyph of these earth energies which spread out across land and through sea, encompassing Britain and Ireland.

My own personal discovery of St Bega’s story and the folklore and legends surrounding her and the area in which she was most active, enable us to begin to understand the true nature of pilgrimage and the sacred art of poetic experience and mystical adventure. The land can speak to us, if we take the time to listen. Through ancient stories, myth and folklore we gain clues; and if we listen to our dreams and take note of portents, we are
well on our way to discovering the real and ancient power of pilgrimage. 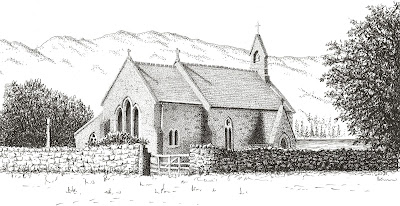 Figure 3 – St Bega’s church at Bassenthwaite Lake is in many ways a more important focus of the cult of Bega today, than St Bees. It was here that the modern-day ‘miracles’ occurred. Bassenthwaite Lake is the home to many other paranormal manifestations and could be considered a psychic hotspot. (Paul Atlas-Saunders)

Just take a look at the recurring themes in the folklore surrounding so many of the Celtic saints from the fourth to the seventh century. The stories repeat themselves time and again, and they all seem to point towards the sovereignty and sacredness of the land. Bega sailed blindly from Ireland to Britain, and was taken directly to the central point of the Isles. In Cornwall we have the story of Columba the virgin, who gives her name to the villages of Columb Major and Columb Minor. It was close by to these settlements that she was beheaded by a jealous suitor. Where her head fell, a sacred well sprang forth. In East Anglia we have the tale of Etheldreda walking the land on her mission to found a monastery; she grew tired and pushed her Oak staff in the ground. While she slept the staff took root and grew leaves and branches. It eventually became a mighty Oak, which was venerated. These Dark Age stories really do give us a direct link to very powerful spots in the landscape, which may have been forgotten without the antics of these Celtic saints. Check out your own locality, it won’t be long before you will find your own variants of St Bega, St Etheldreda and St Columba along with stories of the miracles and mystery that is their spiritual legacy. 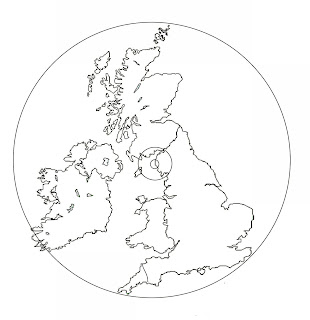 Figure 5 -: The three rings of Bega, symbolising the sacred centre of the Isles. The central ring is focussed on St Bees Head, the middle ring, focuses on Cumbria and the Isle of Man, and the outer ring encompasses the archipelago from Orkney to the Isles of Scilly.
No comments: