The Company of the Green Man

A great new website has recently emerged, based upon an original idea by the late Ronald Millar. The Company of the Green Man was founded in 1998 and flourished until Ron's death in early 2006. Chris Walton has now re-started the Company, and has launched a website of the same name.


Ronald Millar wrote the book The Green Man Companion and Gazetteer in 1997 and in a note at the back of the book invited interested people to join The Company of the Green Man and thus (with a little bit of encouragement) the Company began. Members enjoyed receiving copies of Ron's Newsletters from number 1 in September 1998 up until number 27 in September 2005.

The new website takes up the quest for the green man where Ron left it, membership is free and open to all, and the website has a growing picture gallery, some original articles from the newsletter a really useful book list, gazeteer, maps, plus loads of information on "those mysterious green chaps". More articles are promised and the site is already proving itself as a fantastic online resourse for all those interested in the Green Man.

You can visit the website by clicking the following link www.thecompanyofthegreenman.co.uk 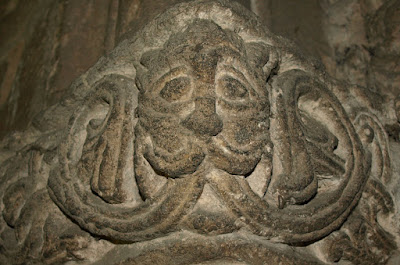