The Spirit of Portland

Spirit of Albion recently received a review copy of a brand new book entitled The Spirit of Portland, by Dorset earth mysteries researcher Gary Biltcliffe. Gary has spent 30 years investigating earth mysteries, ancient civilisations and lost knowledge around the world, and for the last 10 years has spent time investigating the ancient secrets of the historic Isle of Portland. Portland forms the central part of the Jurassic Coast, a World Heritage Site on the Dorset and east Devon coastline. 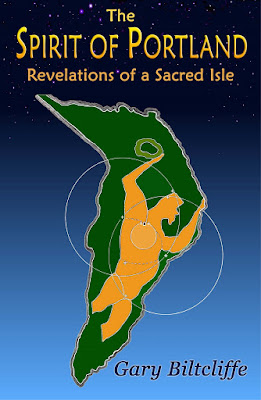 For anyone interested in regional folklore and hidden history this book is very welcome. The author has thoroughly investigated the hidden side of Dorset's Isle of Portland. Using long out of print and unpublished works 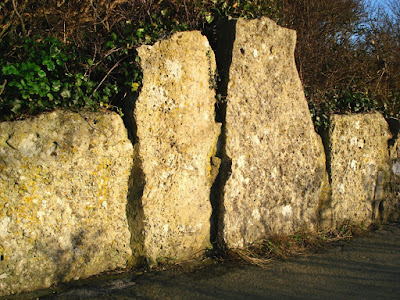 by Clara King Warry, who wrote much about the folklore, mythology and archaeology of Portland during the first half of the 20th century, Gary has managed to piece together a forgotten history of the Isle. This paints a very different picture that most people may have of suburban Portland, which is justly famous for its fine quarried limestone and the proud maritime history of two world wars.

Gary picks his way through the ancient megalithic sites, holy wells and geomantic landscapes of the area. This is particularly important as so many of Portland's ancient archaeological sites have disappeared over the last couple of centuries due to the ever increasing encroachment of the limestone quarries. This is still affecting some sites, in particular the ancient and beautiful Culverwell holy well, a sacred healing well which has been in continual use for thousands of years. This well sits on the coast between Southwell and the Bill. Ancient stones line the well head, and a stream leads away towards the cliffs, where a waterfall crashes down to the sea. 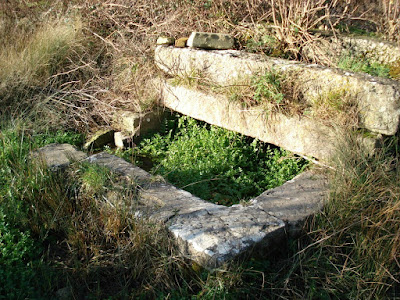 Above: the threatened Culverwell Holy Well
Gary also discovers some of Portland's ancient megaliths which are now incorporated into a stone wall. May they possibly be some of the ancient megaliths from the nearby site of the now vanished Saw Mill stone circle?

Gradually the entire geomythic drama of the dramatic rocky peninsular is revealed through landscape geometry, ancient history, folklore and via some of the many old Portland families with their masonic, occult and druidic secrets.

Links to ancient Phoenicia are discussed and the author makes many fabulous and intriguing discoveries including that of an unusual Semitic looking carved granite head which was dug up in a Portland garden. It was moved to the nearby museum after the garden owners found that locals were starting to bow in front it in a strange kind of Portlander ritual veneration!

Other legends are discussed including the giants of the island, and at the end of the 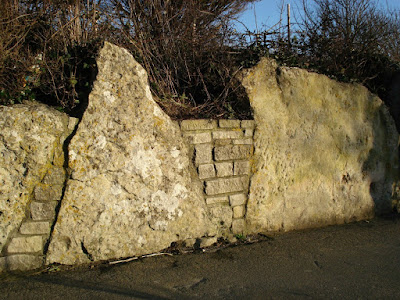 book the author presents 5 sacred sites walking tours of the area which take in all of the sites discussed in the book.

The Spirit of Portland is a lavish production with many colour photographs, diagrams and maps. Though some may call to question some of the more outlandish claims made by the author, I for one can recommend this work as an important addition to achieving a better understanding of Britain's ancient history, sacred sites and folklore.

All photographs by Gary Biltcliffe, used with kind permission.
1 comment: 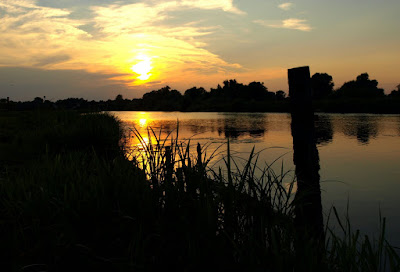 Sutton, Isle of Ely
Just a little reminder that I have published several new poems over on the Lucifer Bridge poetry blog. I have also managed to republish one of my earlier works - In the Fen Country, along with the symphonic impression of the same name by 20th century English composer Ralph Vaughan Williams.
No comments: