The Grace and Beauty of Exeter's Green Man Cathedral 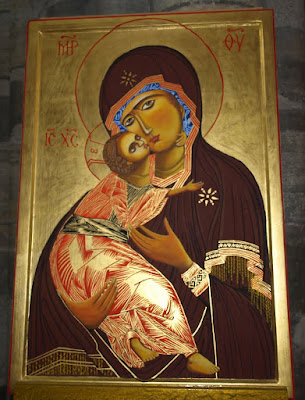 The great Gothic Catherdral of St Peter in Exeter boasts to be one of the most complete Gothic churches in Britain today. The soaring magificent arches, stained glass and spaciousness of the sublime building is inspirational in its beauty. The church here was begun in the 11th century, but most of what remains is the result of rebuilding between 1275-1375. The Lady chapel and retrochoir were added at this time, to be followed by the presbytery and the choir. The nave was built in the mid 14th century, under the direction of Richard Farleigh, who was also responsible for the spire at Salisbury. The vaulting extends for an extraordinary 300 feet, making it the longest uninterrupted stone vault in Britain. Partially destroyed during a second world war air raid in 1942, the building was very sympathetically restored between 1945 and 1953. The Lady Chapel is a sanctuary of light and peace, with two statues of the Lady plus a beautiful stained glass image. There is also an icon of Mary by the screen at the top end of the nave. (Pictured above). High above the centre of the Lady chapel a painted green man peers down, keeping a watchful eye on the sacred proceedings. The speciousness of the buildings enterior is partly due to there not being a central tower, this allows the gothic vaulted ceiling to continue along the length of the cathedral uninterrupted.
There are over 60 images of the green man in the cathedral. They are found on misericords, bosses, corbels and other vault carvings. This is the second biggest concentration to be found in the UK. Indeed, in Exeter Cathedral, far more images of the green man exist than images of Jesus Christ. Exeter Cathedral is a powerful, iconic and evocative gothic masterpiece, much underrated and forgotten against the more famous of England's great medieval churches. 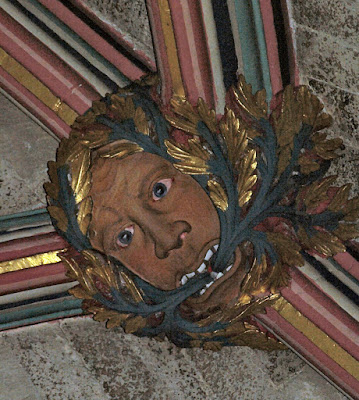 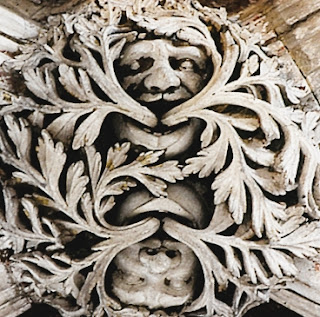 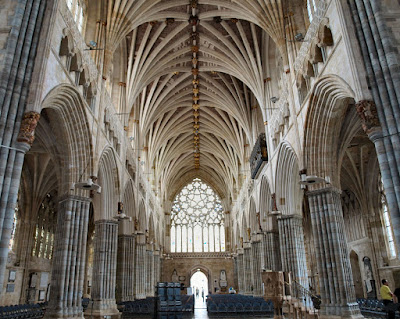