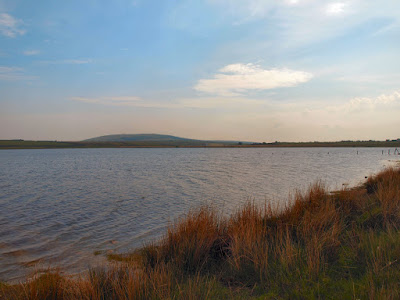 The wild and remote sheet of water that lies at the centre of the rugged granite heights of Bodmin Moor is an enchantingly eerie place. The only natural lake on the moor, its origins can be traced to glacial activity. However, as with many watery places in spectacular landscapes, Dozmary Pool has gathered some odd tales and fanciful folklore to its lonely shores.

The ghostly wild hunt is said to sometimes gather on the reedy shores of the lake, and Dozmary’s version of this iconic and often repeated piece of folklore goes like this.

The epic lore of the wild hunt is linked to one of the most notorious characters of Cornish folklore – Jan Tregeagle. In this tale, Tregeagle had witnessed a loan of a huge sum of money from one man to another, shortly before his death. When the lender came to collect payment, the debtor denied all knowledge of the agreement, and the case was taken to court in Bodmin. Tregeagle had died by this time, and as he was the only witness, the moneylender cried out

“If Tregeagle ever saw it, I wish to God he would come and declare it!” 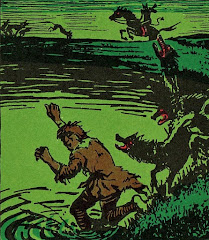 In a flash of lightning Tregeagle’s ghost appeared and said

“It will not be such an easy task to get rid of me as it has been to call me!”

The debtor soon realised that his life was being haunted by Tregeagle’s evil spirit, so he called in a ghost-laying priest to banish him, and eventually the priest managed to bind Tregeagle to the task of emptying Dozmary Pool with a leaky limpet shell. In legend, Dozmary Pool was regarded as bottomless, and has been haunted by Tregeagle ever since, as he tries to empty the pool with a leaky limpet shell, with a pack of demon hounds watching over him. When storms are brewing over the moor, it is said that Tregeagle and his pack of hounds fly across Bodmin Moor, imitating the ancient spectacle of the wild hunt. 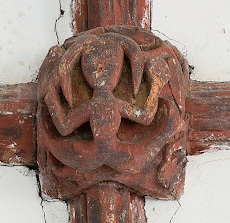 Aside from the Tregeagle legend, the pool has other mysterious tales to tell. In the murky depths of the pool a powerful vortex is rumoured to exist, like an underground waterfall. This strange watery realm is reputed to be presided over by the Old Storm Woman, a ghostly moor-land mermaid figure who dwells in the cool peaty waters below the still surface of the lake. It is she who creates the winds which rip across the moor from the centre of the lake, as she gathers the power of the aqueous vortex; she blows the winds across eastern Cornwall from the dramatic cliffs of the north coast, across the granite tors to the lush river valleys in the south. Maybe the strange and seemingly out-of-place ancient carving of a mermaid, which resides in the parish church at nearby Linkinhorne, is an old half-forgotten reminder of her story?

The most famous legend associated with Dozmary Pool is that of Sir Bedevere casting Excalibur into the lake, where the Lady of the Lake receives Arthur’s sword for safe keeping. Maybe the Storm Woman Mermaid and the Lady of the Lake are one and the same? The pool is also the legendary source of the Fowey River, though the actual source is at Fenton Fowi on the slopes of Brown Willy a few miles to the north, and a moorland folk-tale suggests that if anything is sucked into the vortex of Dozmary, it will resurface in Fowey Harbour.

The River Fowey, from its folkloric source at Dozmary Pool, wends its way southwards, across boggy mires and through deep moorland ravines until reaching the southern coast at the ancient sea port of old Fowey Town. The most famous ravine associated with the river is at Golitha Falls, where the river tumbles noisily and sometimes ferociously, away from the moorland heights to the lower levels, where the quiet water meadows gradually give way to the salty creeks and the broad deep estuary, once the scene for nefarious pirate activities of the Fowey Gallants. 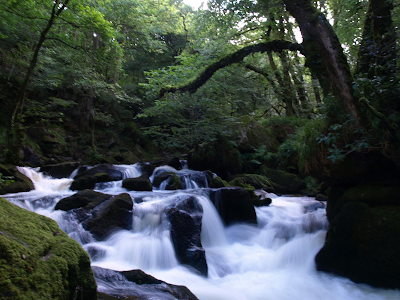 The gorge at Golitha offers fantastic walks by the river. The woodland here is mainly of Beech, and gives us a clue to the rivers name and meaning. Fowey, from the Cornish Fowi meaning the ‘beech tree river’.  The waterfall and surrounding woods are reputedly haunted by King Doniert (Donyarth) who died in 875 AD and was the last Cornish king. He is said to have drowned in the lower falls. His stone memorial can be viewed nearby at St Cleer.

The ghostly figure of a white lady has been seen on the road running through the Draynes Valley, close to Golitha. Most often seen by motorists travelling after dark, she looms up out of a mist in the middle of the road, and it is rumoured that she appears to warn drivers of the dangers of driving on this road at night.  ‘White ladies’ are renowned folktale manifestations at waterfalls, and it is possible that this particular ‘white lady’ may be connected to the nearby falls. The woods and waterfall are also haunted by the ghostly tapping of copper miners, who are often heard working the lodes of the historic Wheal Victoria Copper Mine, and strange whispers, cries and moans have been heard close to the falls after dark, maybe it’s the secretive chatter of the Pobel Vean, the little people or piskies, who are said to dwell within the hidden parts of the landscape; in the rock crevices, holy wells, caves, remote valleys, rugged hilltops and the old mines of the moor and coast.

Originally published in Meyn Mamvro no 94, Autumn/Winter 2017, as part of my regular folklore column.
© Alex Langstone