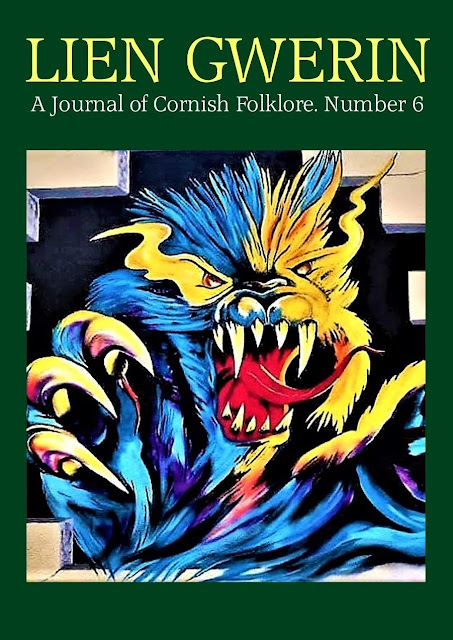 The sixth annual edition of the Cornish Folklore periodical is now available. Published every February, each issue contains a wealth of original research, recorded lore and traditional folk narratives from across Cornwall. The journal regularly features some of the leading writers and academics specialising in Cornish folklore and culture, alongside classic reprints from the heyday of folklore collecting. Lien Gwerin aims to showcase the best in folklore, social history, myth, legend and culture from across the the rugged peninsula.

The Lark in the Morning by Merv Davey

Gwithti an Pystri: A Cabinet of Folklore and Magic, reviewed by Alex Langstone

Industrial Drolls: The Sub-Genre of the ‘Cousin-Jack Story’ in Cornish Folklore by Alan M. Kent

The Stone Men of St Cleer by George Basil Barham

Donald R. Rawe and the ‘Night on Roughtor’ by Karen F. Pierce